Last month, I purchased a 6000 BTU Midea window air conditioner (branded Arctic King WWK+06CR5) and thought it would be convenient if I could control it remotely. Doing so would involve decoding the remote’s IR signals; for this, I used a USB Infrared Toy and the PyIrToy Python library. Control signals for other Midea air conditioners have previously been decoded, providing a starting point. Although the signals transmitted by my air conditioner’s R09B/BGCE remote are similar to these previous remotes, they are also sufficiently different such that the actual data transmitted shares little in common. The signal is transmitted on a 38 kHz carrier, with a time base, T, of 21 carrier cycles, approximately 1.1 ms. Each bit consists of the IR transmitter off for 1T followed by it turned on for either 1T for 0 or 3T for 1. Each frame consists of a start pulse, six bytes of data, a middle pulse, and then the inverse of the six data bytes. The start pulse consists of the transmitter off for 8T and then on for 8T; the middle pulse consists of the transmitter off for 1T, on for 9.5T, off for 8T, and then on for 8T. 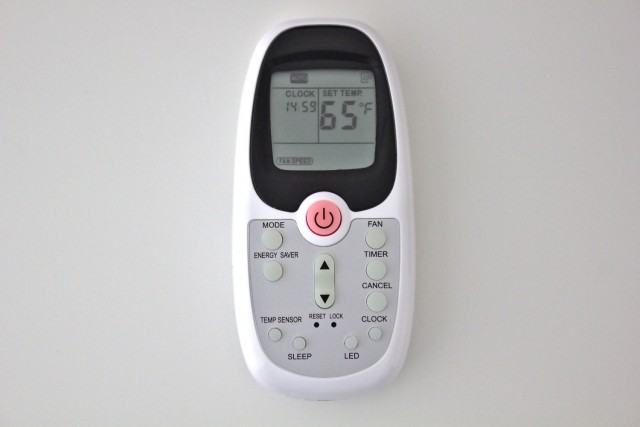 With the exception of the commands to toggle the energy saver feature and the front panel lights, all of the commands encode a full system state instead of just a single command, ensuring the remote stays in sync with the air conditioner. This state is encoded in five bytes containing information on the power state, sleep state, system mode, fan speed, set temperature, and the remote temperature sensor reading. The final byte is some sort of checksum, which I have not been able to figure out. The remote is based around a 4-bit microcontroller with 64 bytes of RAM, a Sino Wealth SH66P51A, so the checksum calculation must be something simple. It turns out that the bit order of the data needs to be reversed for the checksum calculation. The checksum can be calculated by reversing the bit order of the five data bytes; adding them, truncating the result to 8 bits, and subtracting the result from 28; and reversing the bit order of the subtracted result. Below is a Python function to do the checksum calculation. 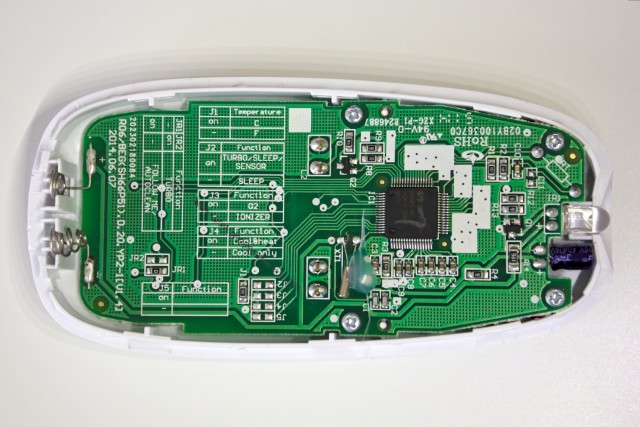 Detailed information on the individual data bytes, values recorded from the remote, and Python code for emulating the remote with a USB Infrared Toy is available here.