Two years ago, I took a large set of photos at the George Peabody Library. Among those were a very wide angle image looking up at the skylight and an image looking down. The latter was taken with a point-and-shoot camera suspended between the sixth floor railings with the help of fishing line and office supplies. Unfortunately, the field of view was much too narrow, leaving the stacks out completely, so the photo fell short of my vision for it, and it didn’t complement the photo looking up. I needed to use my DSLR and fisheye lens, but there was no way the previous method would have supported it. However, I just revisited this idea and finally got the photo I wanted. 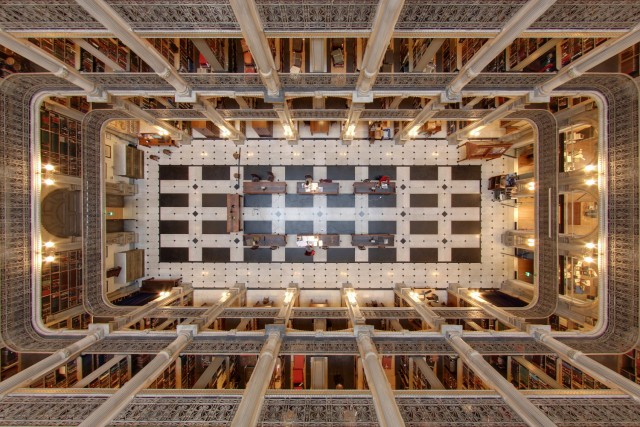 This time, I designed an aluminum rig to hold the DSLR and suspended it between the railings using parachute cord. After stringing the cord across the atrium and pulling it taut with a trucker’s hitch, I attached the camera and pulled the rig to the center of the atrium using fishing line. Once the camera stopped swinging, I took around a dozen exposure-bracketed sets of photos via USB tethering and then took everything down. Finally, I used Hugin to correct the lens distortion and small misalignments for three bracketed sets, masking out people who were moving in each set; Enblend and Enfuse were used to create the final image, which was then cropped. 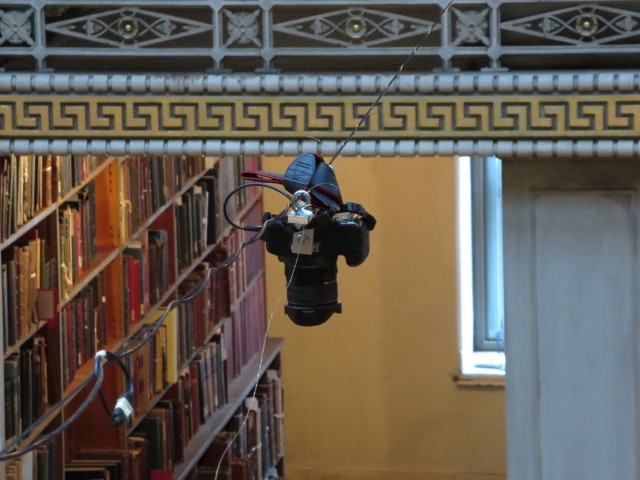 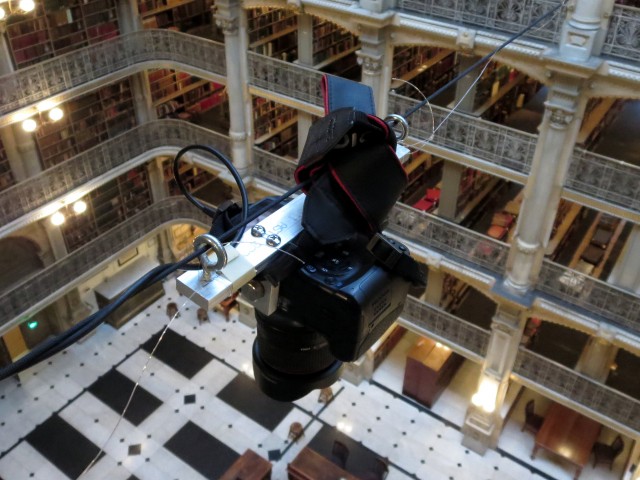 3 Responses to Peering Down