To get into the holiday spirit and in anticipation of the long-awaited launch of the James Webb Space Telescope (JWST),1 I decided to bake some gingerbread cookies in the shape of JWST’s primary mirror, which is comprised of 18 gold-plated hexagonal segments. The cookies are 10 cm across, with hexagonal segments are 20 mm flat to flat, making them 1:66 scale replicas of the mirror. 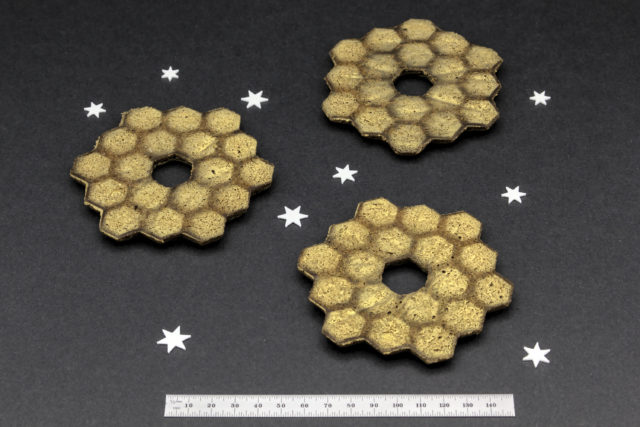 In order to make the cookies, I designed and 3D printed a custom cookie cutter and a stencil for marking the individual mirror segments. 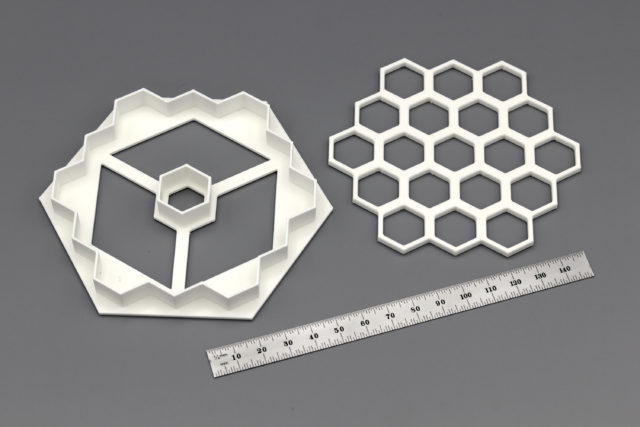 Following a recipe found online, I made gingerbread cookie dough, rolled it out between layers of plastic wrap, and began cutting out cookies. 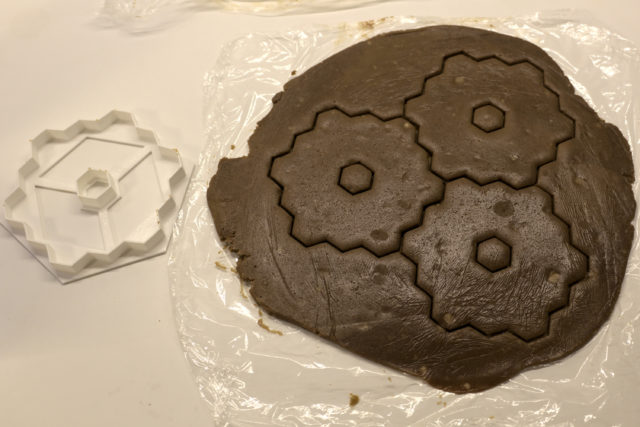 After cooling the dough in the freezer to make it stiffer and easier to handle, the cookies were removed from the plastic wrap, transferred to a sheet pan lined with parchment paper, and baked. 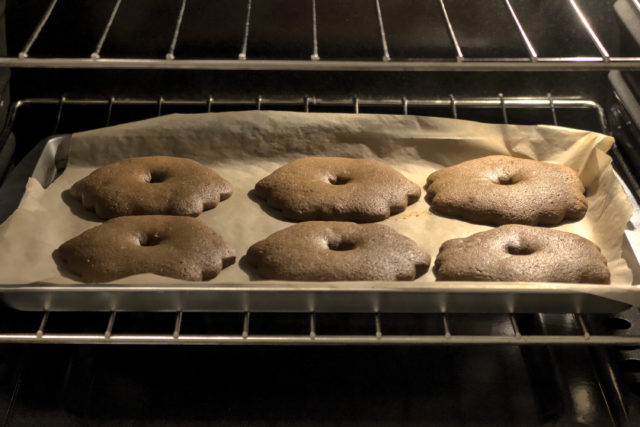 As cookie dough is not dimensionally stable when baking, I used the cookie cutter on the cookies again immediately after removing them from the oven to make a more precise shape, a technique that has heritage from the Sierpiński carpet Linzer cookie I previously created. 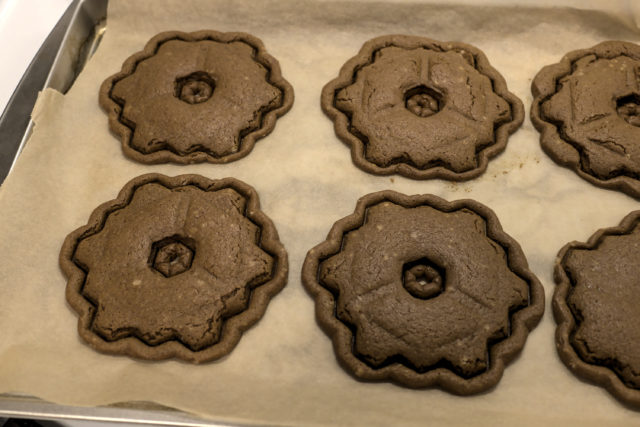 The final step is to mark the 18 individual mirror segments. As with science and instrumentation, developing a suitable technique involved some experimentation. My original idea was to use the 3D-printed stencil to directly apply yellow glaze to the cookies, but this failed spectacularly, looking like blobs of yellow mustard that were not remotely hexagonal. Next, I 3D printed a razor-blade guide, made a thin sheet of glaze on a plate, and tried using a razor blade in combination with the guide to cut the sheet of glaze into appropriately-sized hexagons. This again was a disaster, since while I could cut the glaze just fine, it just crumbled when I tried to remove it from the surface it was on. I then switched from using glaze to using a cream-cheese frosting, 3D printed a hexagonal tube, and filled it with the frosting. I also filled the original stencil with frosting and placed both the frosting-filled stencil and frosting-filled tube in the freezer. The plan was to extrude the frozen frosting from the tube with a 3D-printed plunger and then cut it into thin hexagonal sheets with a razor blade. Unfortunately, my residential freezer is not cold enough, and the frosting did not freeze hard enough; I was unable to cut the frosting without deforming it, and the frosting did not come out of the stencil cleanly either.

Finally, I decided to just place the stencil on top of a cookie and sift powdered sugar over the stencil; the top surface of the cookie was first dipped in water to wet it to make the sugar stick better. This worked well, but the hexagonal segments did not match the color of the JWST mirror, being white instead of gold. While trying to find prior art for dissolving sugar in grain alcohol and aerosolizing the solution, I discovered that edible spray paint exists. It even comes in a metallic gold color! After securing the stencil on top of the cookie to prevent it from moving when sprayed, I applied three coats of gold color, allowing the spray to dry between coats.

In case you want to make your own cookies, the cookie cutter and stencil model files are available. Also included is the model file for the six-pointed star shown in the cookie photos.2