Fused filament fabrication (FFF) 3D printers are good for many things,1 but production of sharp points is not among those strengths. Thus, the traditional structure of millimeter wave absorbers—a periodic array of square pyramids—is poorly suited for production via FFF printers. Millimeter wave absorbers serve a crucial role in Cosmic Microwave Background (CMB) telescopes by terminating stray light, which is necessary for reducing systematic errors. Not only are the points difficult to produce; they’re also fragile, since a print is generally weakest along its layer lines. Thus, a new geometry was needed, as is detailed in my paper titled A 3D-printed broadband millimeter wave absorber.

Space-filling curves such as the Hilbert curve completely fill the unit square. Furthermore, the Hilbert curve can be described by a sequence of physically realizable geometric approximations. Tracing a wedge along such an approximation creates a geometry with similar optical properties as a pyramidal array but with enhanced mechanical robustness. Importantly, this geometry can be printed without repeatedly starting and stopping extrusion, making it well suited for FFF printers. 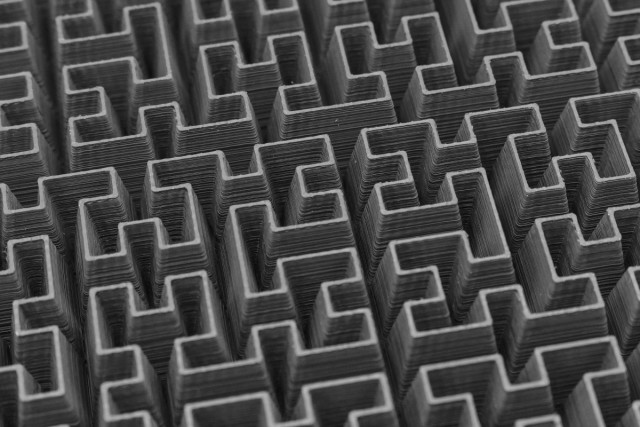 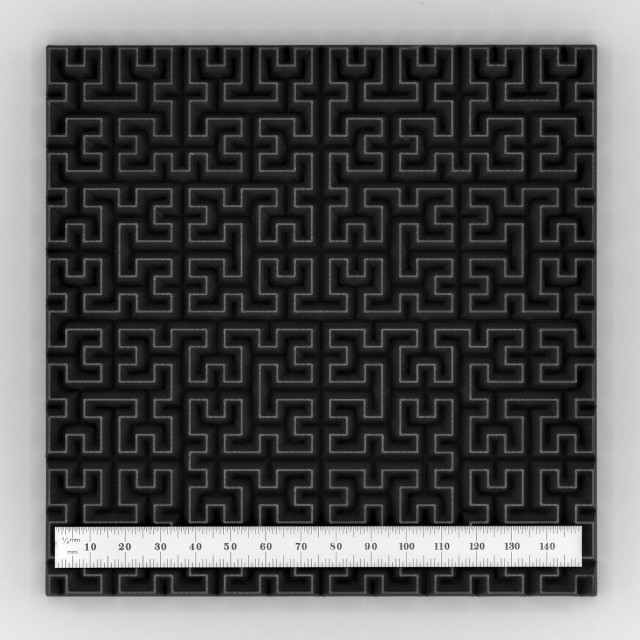 When such a geometry is printed out of a carbon-loaded plastic, it makes a reasonably effective millimeter wave absorber. A prototype was manufactured out of a conductive HIPS filament2 and was measured to have sub-percent reflection in the frequency range 63–215 GHz. Proto-pasta’s off-the-shelf Conductive PLA filament also works to an extent, but it’s too conductive for this use, which results in increased reflection. When printing the bottom layers of the model, aligning the fill lines with the sides of the square instead of on the diagonal seems to make the print less likely to prematurely peel off of the print bed. For the HIPS, using a higher bed temperature for the bottom layer may also help, but if too high a bed temperature is maintained for the rest of the print, the print ends up with some undesirable waviness in the wedge cross section.

The Hilbert curve is not the only space-filling curve that works in this application. The 37a-1 generalized Gosper curve,3 which roughly fills a regular hexagon, was also prototyped, as it can more easily tile the interior of a circle. Various other space-filling curves, such as the Peano curve, could work in some applications, but they may not have a uniform polarization response, an important property of absorbers used in polarization-sensitive CMB instruments.

The code for producing the Hilbert curve geometry was written using CadQuery. The code and resulting solid models are available from DOI:10.5281/zenodo.1322839. See the paper, arXiv:1808.00820, for more details. 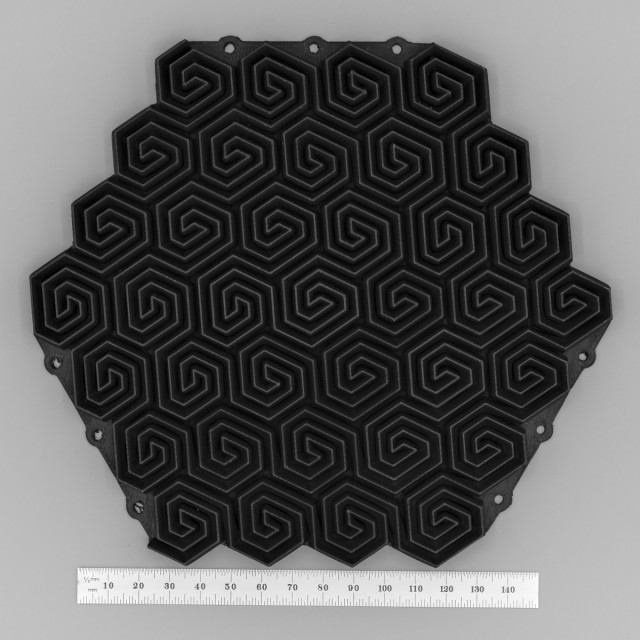 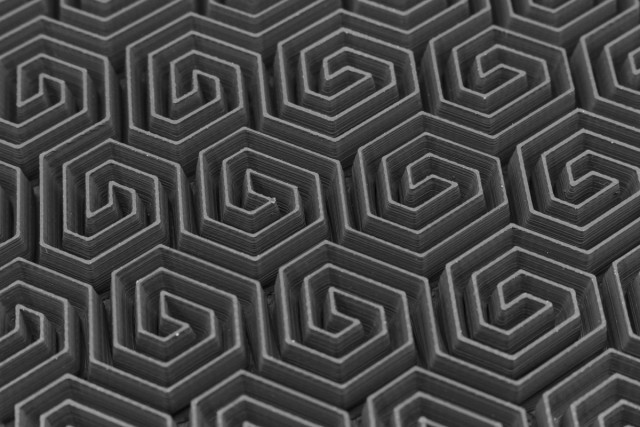