Back in September, I took apart the original Amazon Dash, but now there’s a new version, so I took it apart as well. The new product number is PL46MN; the old product number is ORS3YV.1 The original wand was very similar to the first generation Dash Button, and the second wand bears more than a passing resemblance to the second generation Dash Button. As with the original wand, the new version is essentially a Dash Button with a barcode scanner and a larger, user replaceable battery. 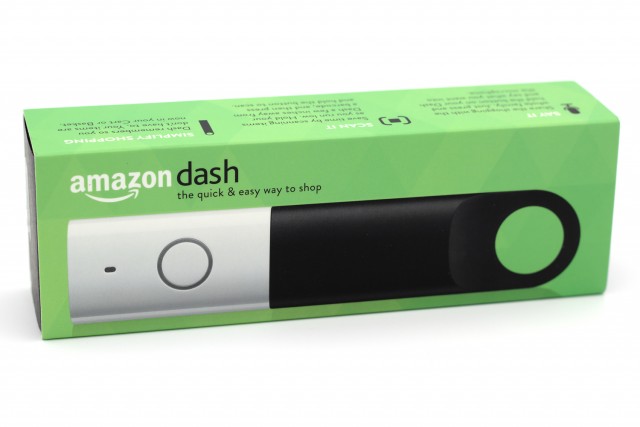 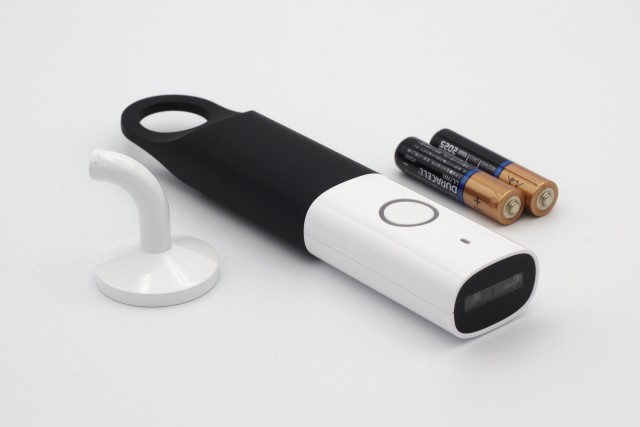 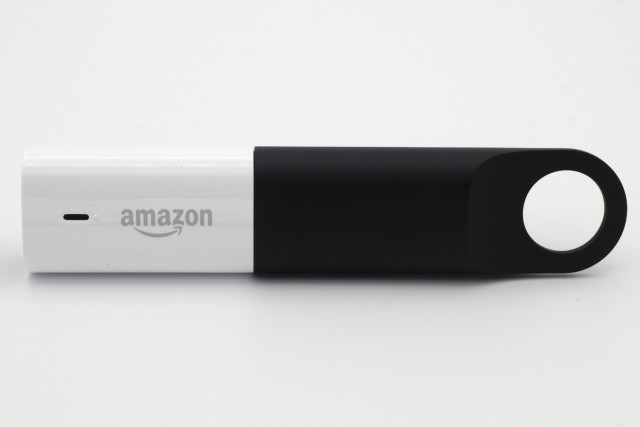 The box contains the device itself, two alkaline AAA batteries, and a plastic hook with an adhesive mounting pad. The new wand is a fair amount smaller than the original. The separate buttons for speaking to the device and using the barcode scanner have also been combined into a single multifunction button, now with a fancy LED light ring. 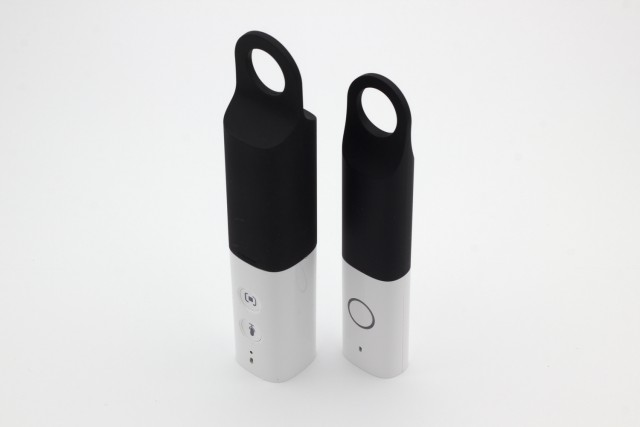 The black portion of the device can be easily pulled apart from the white part of the device, revealing the battery compartment. 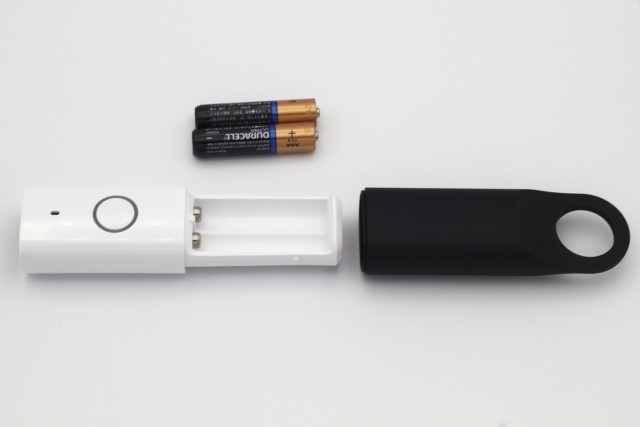 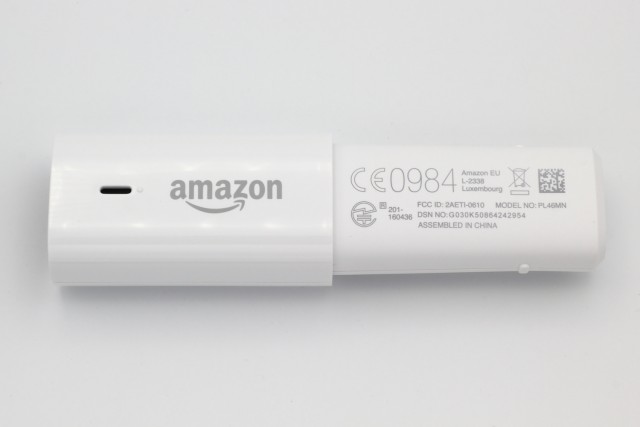 Like both versions of the Dash Button, and unlike the original wand, the main device case is ultrasonic welded shut and doesn’t have any screws. Prying it open required a bit of work, and permanently damaged the case. 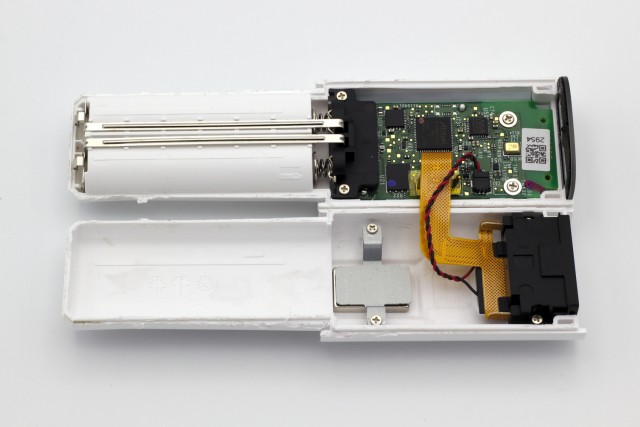 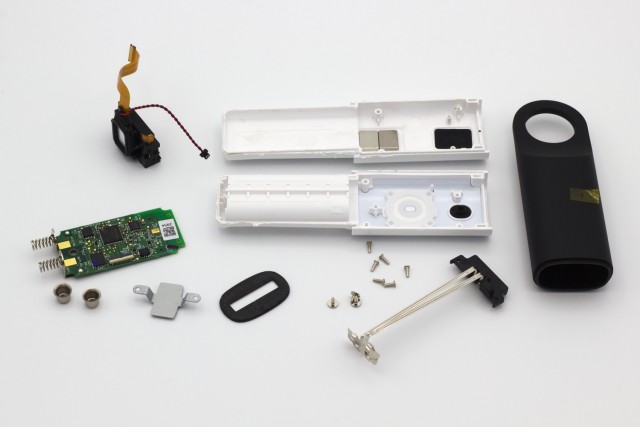 Inside are a circuit board and a barcode scanner module, as well as a pair of magnets for attaching the device to a refrigerator or other ferromagnetic surface. 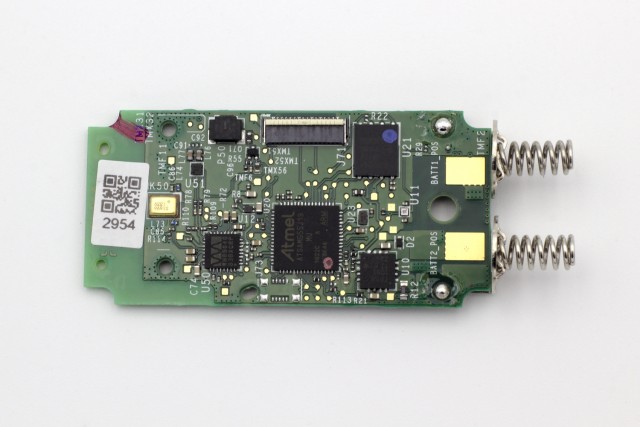 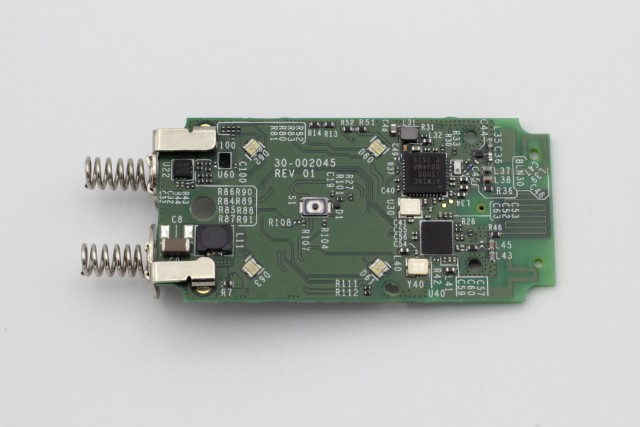 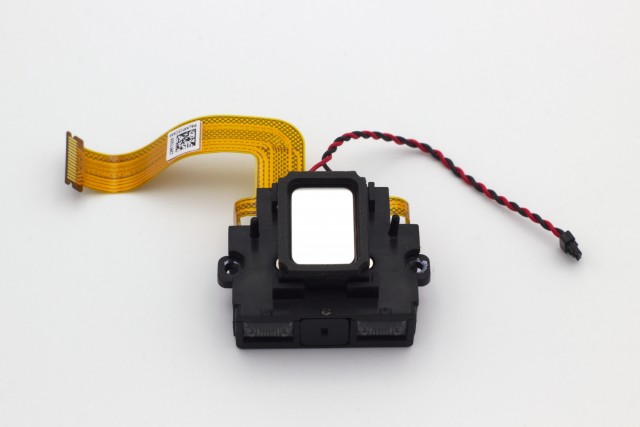 Attached to the outside of the barcode scanner module using some sort of double-sided tape is the device’s speaker. 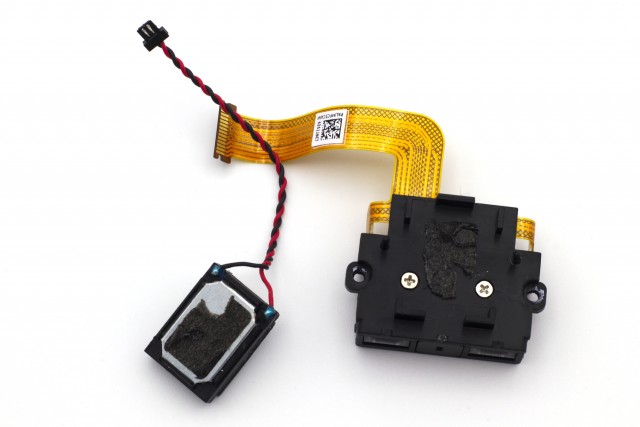 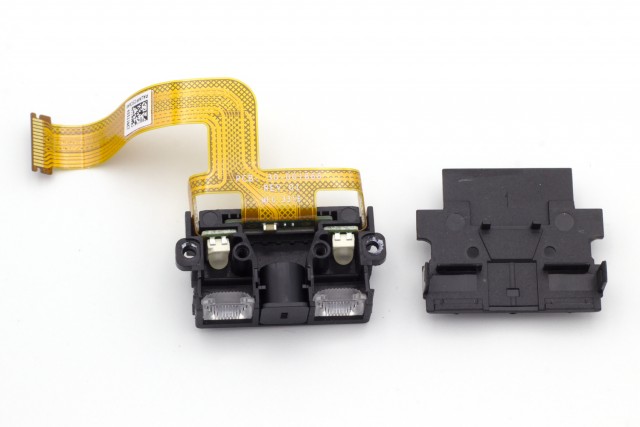 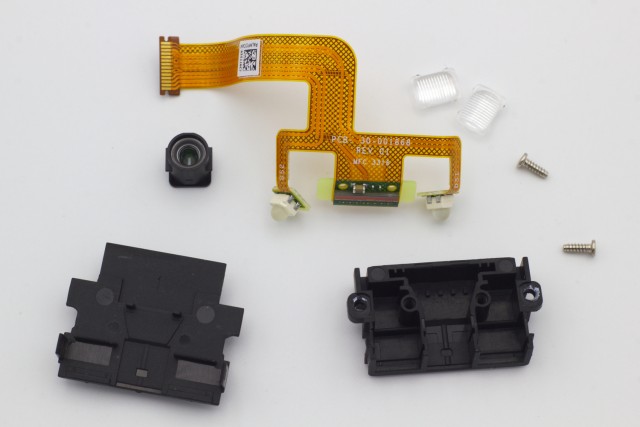 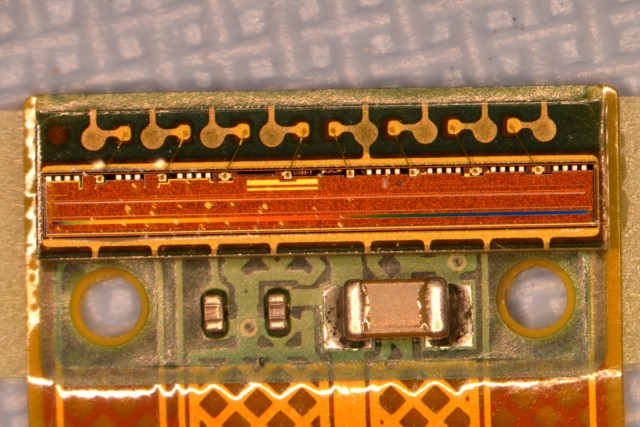 Compared to the original wand, this new wand has a much simpler design with fewer parts, so it is undoubtedly cheaper to produce. The device is built around an Atmel ATSAMG55J19A-MU ARM Cortex-M4 microcontroller, U20; an Atmel ATWINC1500B wireless chip, U30; and a Cypress CYBL10563-68FNXI Bluetooth Low Energy chip, U40—these parts are identical to the second generation Dash Button. The flash memory, Micron N25Q128A / U21, is quadruple the size of that in the Dash Button—128 Mb instead of 32 Mb. Like the Dash Button, there is also a microphone and a single push-button switch. The one major addition, besides beefier power electronics, is a Wolfram Microelectronics WM8904 audio chip for powering the speaker.2 The barcode scanner module is labeled with PALMFCSCAM as well as with what appears to be a serial number. The image sensor die is labeled LI163-7.

As one might expect, the software appears to share a code base with the second generation Dash Button. Like the Button, its primary configuration interface is Bluetooth Low Energy. The web page accessible by connecting to the Amazon ConfigureMe Wi-Fi network is also very similar but has the addition of displaying the device’s battery voltage. I’ve found two audio clips that the device plays—a setup message and an error message. Before the device is configured with the Amazon App, the setup message is played when the device’s button is pressed. Afterwards, pressing the button allows one to either scan a UPC barcode or speak an item—the error message is played if this is unsuccessful. The audio recordings made when speaking to the device are stored by Amazon and are accessible through the Amazon website.

As with the Dash Button, this new model Dash appears to be an incremental optimization aimed at reducing manufacturing costs.