The Amazon Dash, not to be confused with the Amazon Dash Button, is a device for adding items to an AmazonFresh order, either through voice commands or via its barcode scanner. Recently, someone who had read my Dash Button teardown sent me one he had received for free and taken apart, to see if I could glean more information about it. The hardware can be summarized as a first generation Dash Button with a larger, user replaceable battery and a barcode scanner. 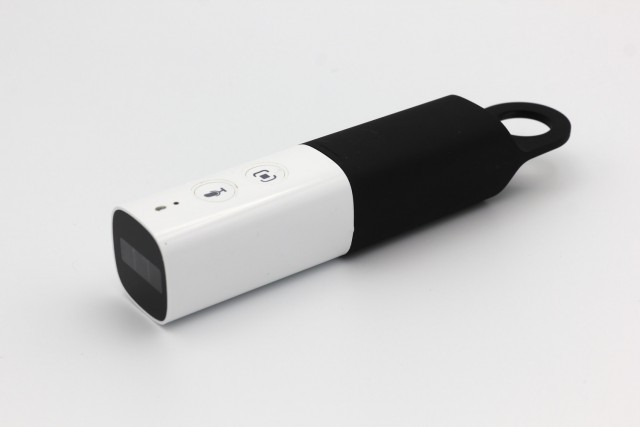 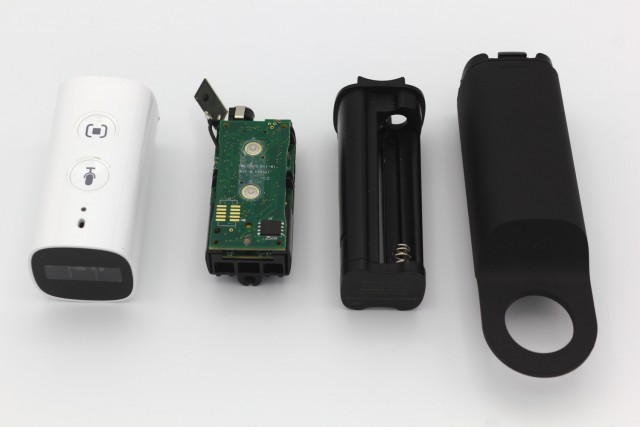 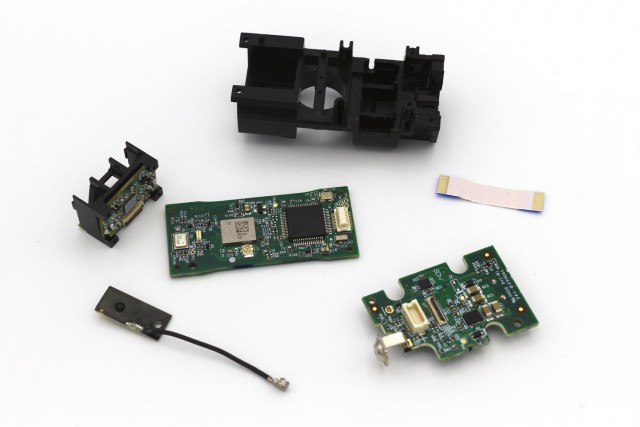 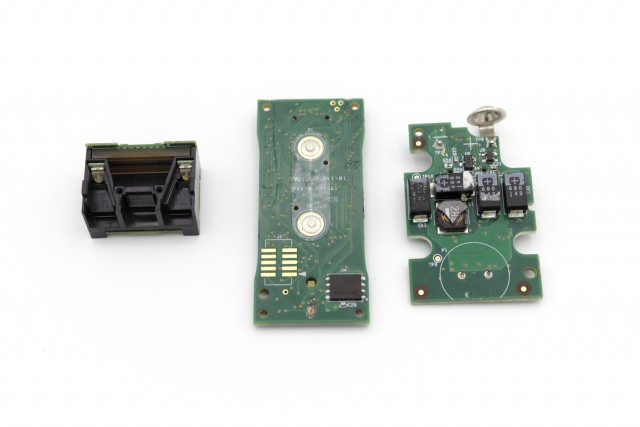 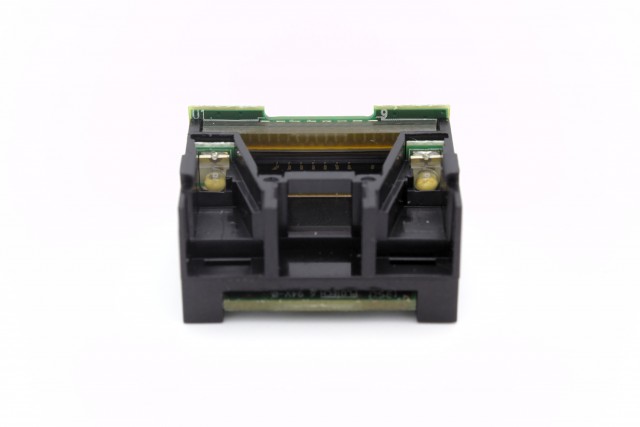 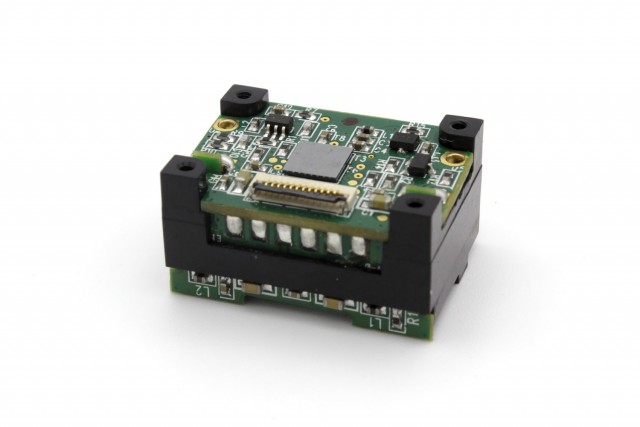 The main logic board consists of an ST STM32F205 ARM Cortex-M3 microcontroller in an LQFP package,1 a Broadcom BCM43362 Wi-Fi module, a Winbond W25Q32BV 32Mbit Flash memory module,2 an InvenSense INMP441 microphone, a 26 MHz crystal, an LED, and various passive components. These core components are almost identical to the original Dash Button. The board also contains contacts for two buttons, one for activating the barcode scanner and one for activating the microphone. The power regulation has been moved to a separate board, however, most likely due to the increased power usage due to the barcode scanner.

The final module is the barcode scanner, which is built using four PCBs and a piece of plastic. It was designed by a third-party, CipherLab, and manufactured by PLOTECH. The Decode_Board consists of an ST STM32F103 ARM Cortex-M3 microcontroller in an WLCSP package and various passives; the CCD board V1.0 consists of a linear CCD image sensor and various passives; and the two LED_V1.0 boards each contain an LED for illuminating the barcode. The four PCBs are soldered together. 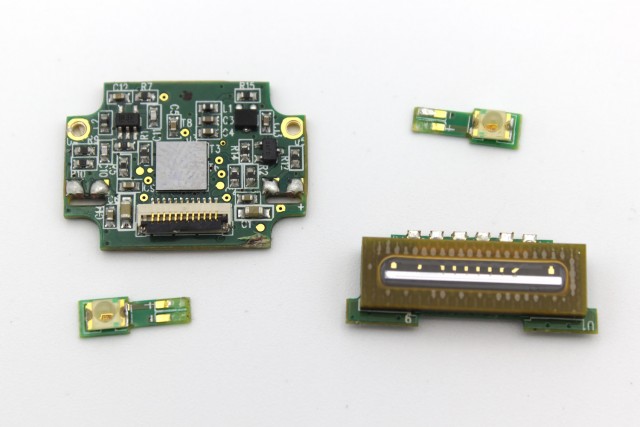 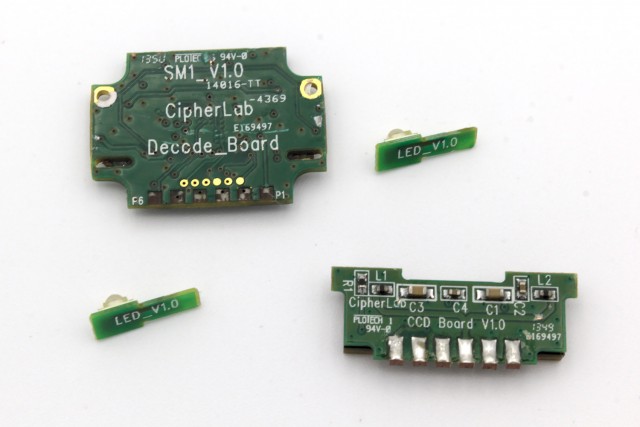 The device was non-functional when I received it, so I can’t comment on the firmware. See the post the device’s original owner wrote for more information.