I recently came across a malfunctioning Ubiquiti airFiber 5X radio, so I decided to take it apart. The radio’s case can be opened by removing six T6 screws on the back. The PCB can then be removed by unscrewing six Phillips #1 screws, two of which are under the RF shields, and by removing the parts that secure the RF connectors to the case. The front part of the case is plastic, while the back part is aluminum; there is a gasket where the two case parts join and around the RF connectors. A polyimide film insulates the PCB from the aluminum case back. 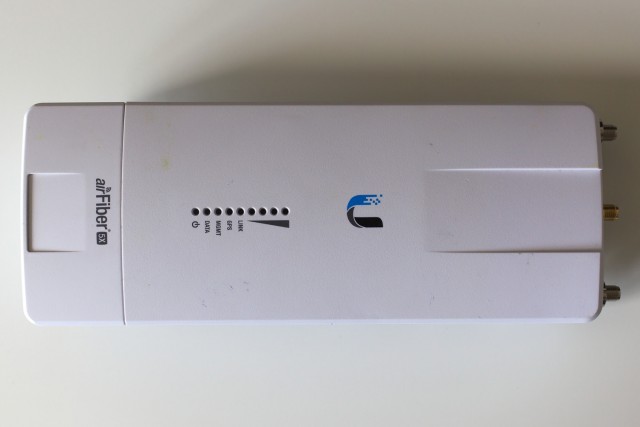 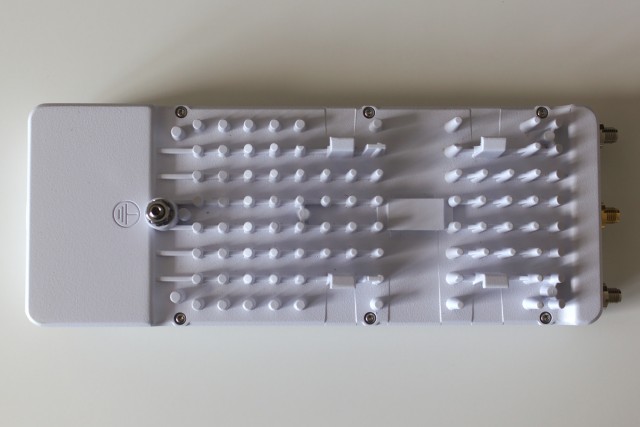 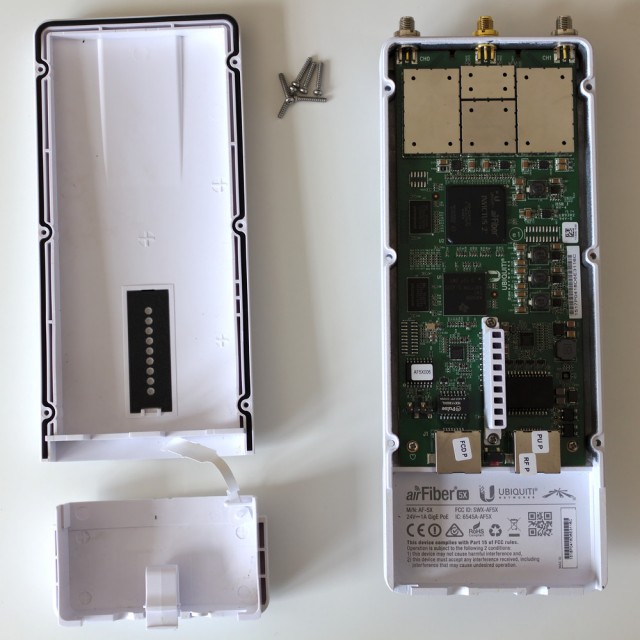 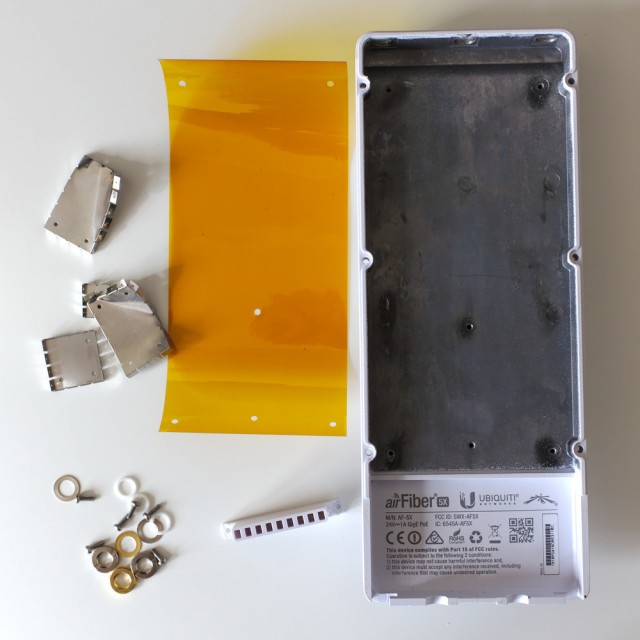 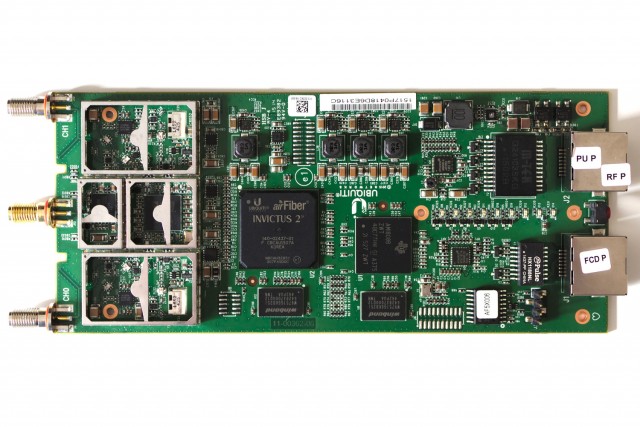 This entry was posted in Hacking and tagged hardware, radio, teardown. Bookmark the permalink.